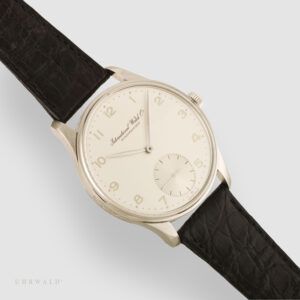 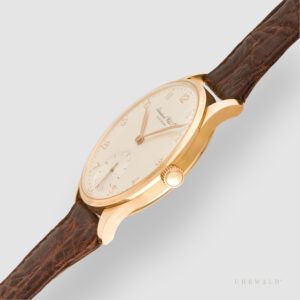 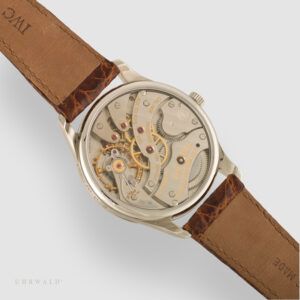 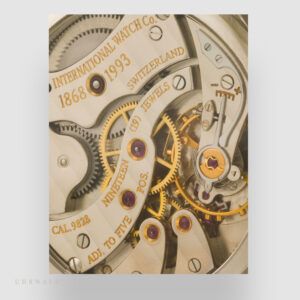 Story
During the 1930's IWC recieved a request from Portugal for a wristwatch, which should have the size and accuracy of a pocket watch. A rather unusual request because the diameter of a wristwatch was below 33 millimeter in general at this time. So this was the birth of probably one of the most iconic model of IWC and the so called Portuguese is a precursor of large sized wristwatches of today. In the beginning this watch was fitted with cal.74 a slim and reliable movement, later on during the 1940's and 1950's IWC replaced cal.74 by cal.98 a evolution of cal. 74 and in the end of its production during the 1970's and early 1980's cal.982 a evolution of cal.98 was used. The design of these watches was dimensioned for a clearly readability, therefore the dials had large arabic numerals with a large subseconds dial and leaf hands in general. As mentioned above the Portuguese is one of the most iconic model manufactured by IWC and therefore it is not surprising, that IWC has choosen this one for an reedition to celebrate their 125th anniversary in 1993. The aim of IWC was to make an exact replica of the original made in the 1930's, 1940's and 1950's using wherever possible, even the original tools. The case of this reedition was produced in three different metals.

Meaning 1750 pieces of reference 5441 were made in total. The first 100 pieces of each reference were sold as a set only, bearing all the same number of limitation. This set, here offered for sale, is one of those.