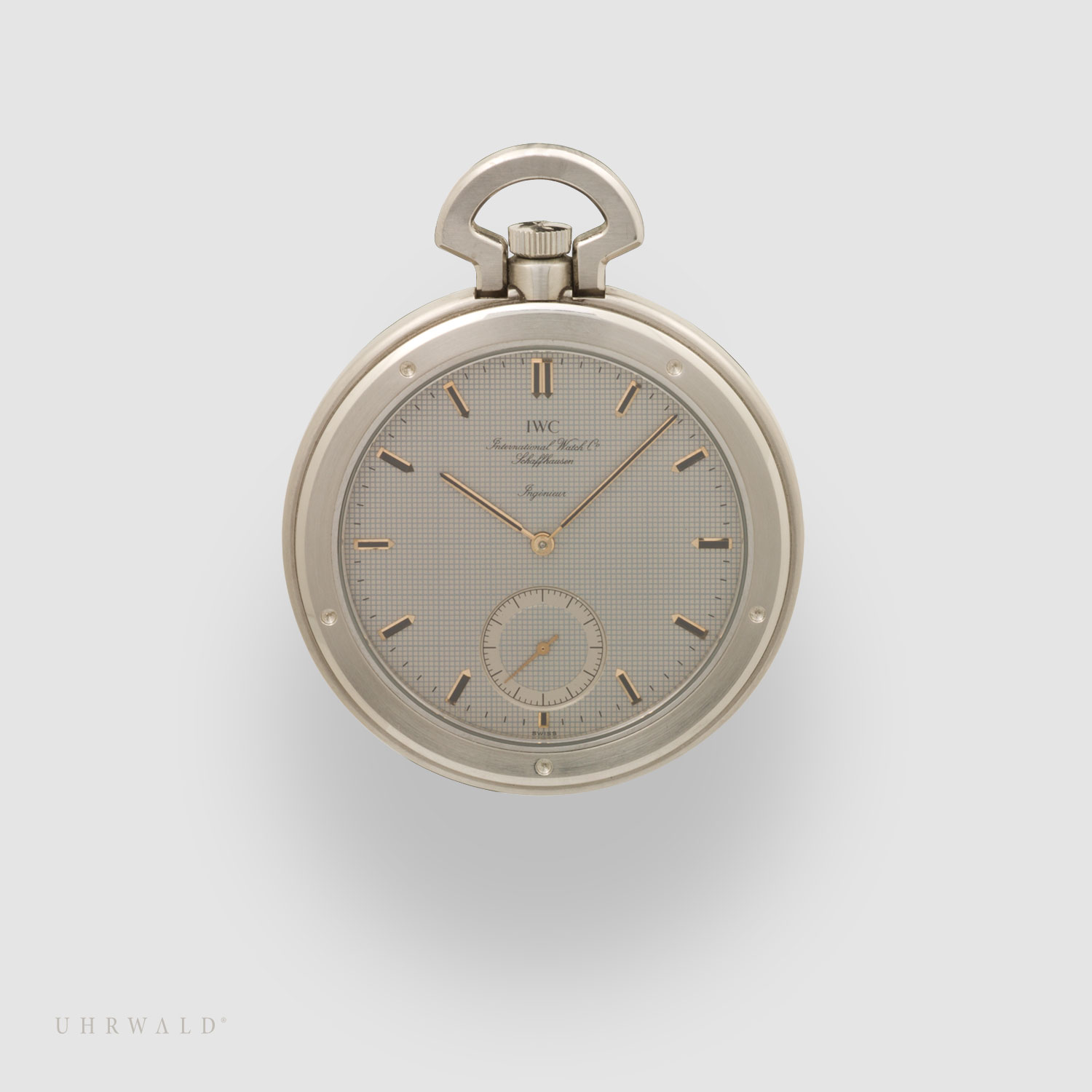 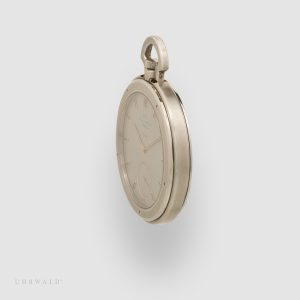 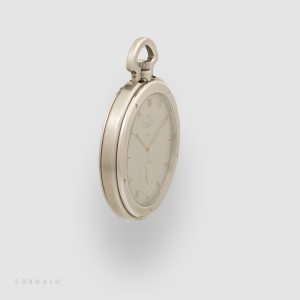 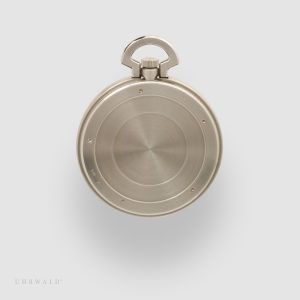 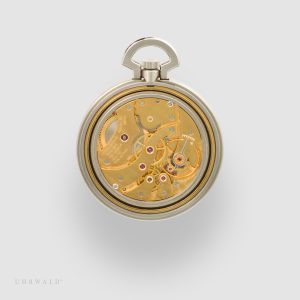 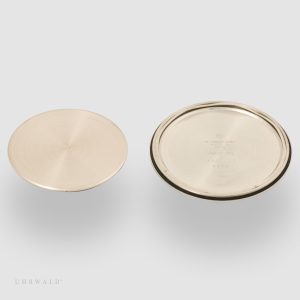 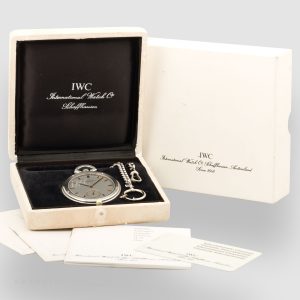 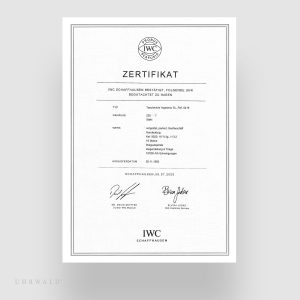 Story
In the late seventies and early eighties pocket watches had a short renaissance.
Therefore during 1982 IWC introduced a pocket watch their appearance is heavily based on the Ingenieur SL wristwatch, which was designed in 1976 by Gerald Genta. This pocket watch got the reference 5215 and has a three body waterproof case in stainless steel. According to IWC the Ingenieur SL pocket watch is the first waterproof pocket watch in the world. The dial has the same striking graph paper design like the Ingenieur SL wristwatches of the period and also like the wristwatches is the movement the caliber 9520 shockproof due to an elastic suspension in the case. Offered for around 15 years, this model never reached the expectations of IWC. According to Michael Friedberg only 135 examples were sold from February 1991 to July 1996. That's why it is not surprising that the Ingenieur SL pocket watch reference 5215 appears rarely on the market.
This watch, here offered for sale, remains in an excellent condition and she is also accompained by its steel chain, manuals, box with outer packaging, the certificate of authenticity confirming its delivery on November 2nd 1993 and the warranty card confirming its subsequent sale on October 17th 1995. This is the rare opportunity to acquire a full set Ingenieur SL pocket watch reference 5215.
Details