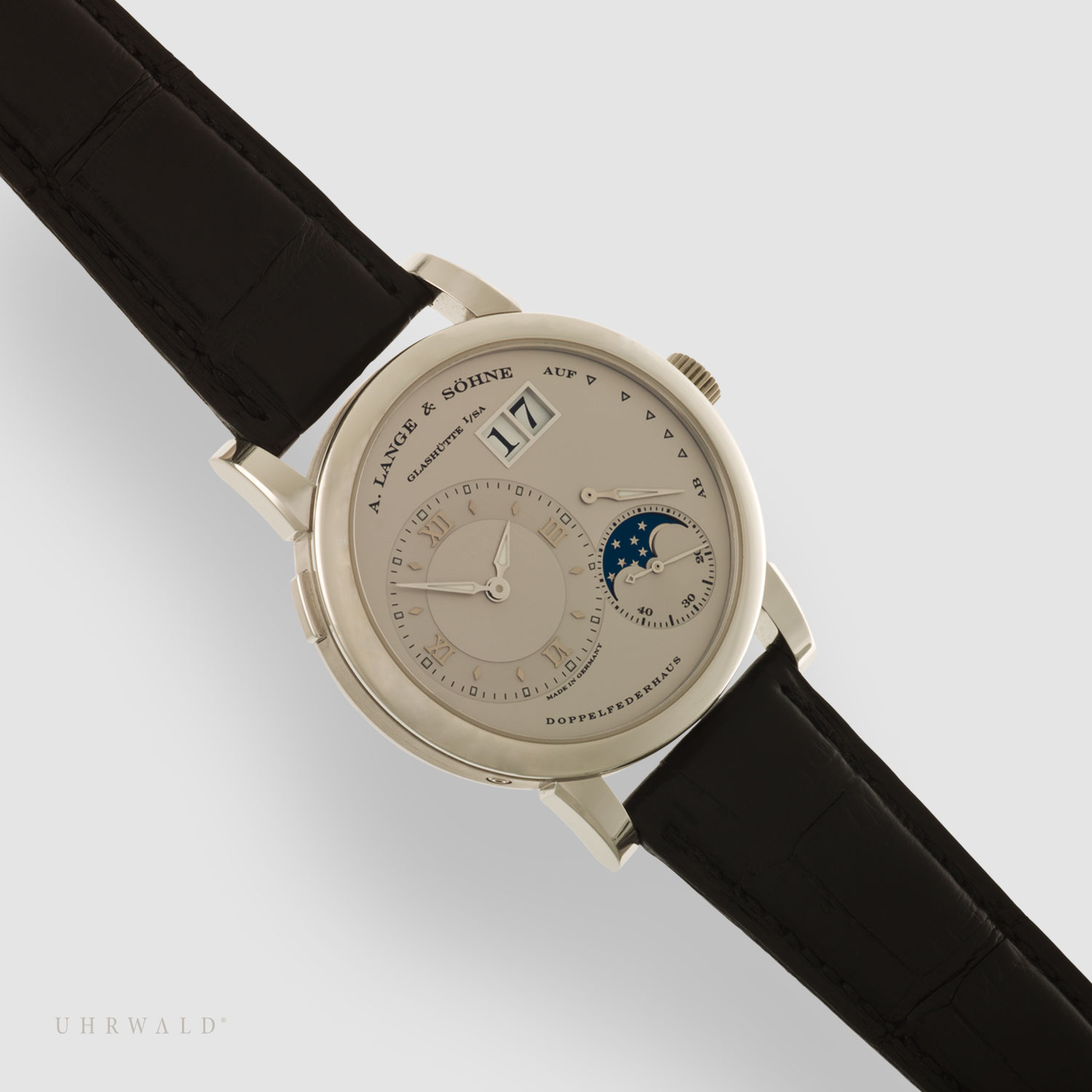 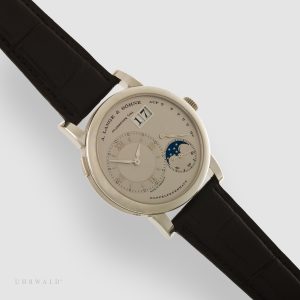 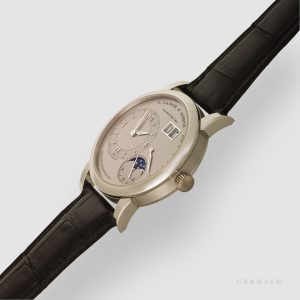 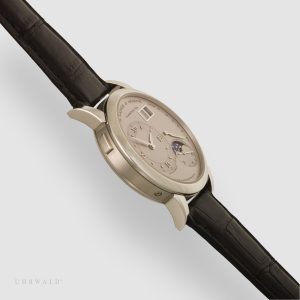 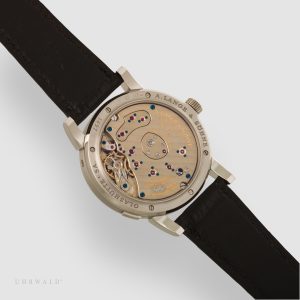 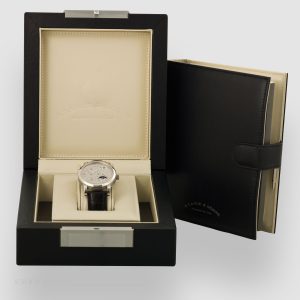 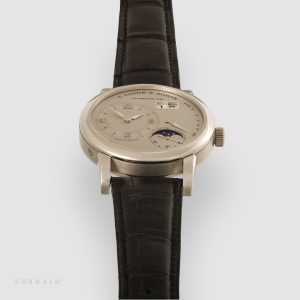 Story
In October 1994 A. Lange & Söhne introduced the Lange 1. The model, which is most probably the syombol of the brand and one of the most iconic watches in the industry. Or like Jack Forster of Hodinkee said once, the Lange 1 is a watch that isn’t just iconic, it’s a watch that is so iconic that saying so is one of the biggest clichés in watch journalism. The appearance of the watch was quite unusual at the time, if not unique. The dial has 4 displays, hours and minutes, small seconds, power reserve and, of course, the oversized date, reminiscent of the clock in the Dresden Semperoper, which do not overlap. The movement of the Lange 1, caliber 901.0 made of untreated German silver an alloy of copper, nickel and tin, its screwed gold chatons and the hand-engraved balance cock, were once again unique at this time. At first the watch was only available in yellow gold and platinum and, interestingly, only with a solid case back. From 1995 Lange & Söhne also offered the two models with a sapphire crystal case back to display the beautiful refined movement. In 1997 the versions in white gold as well as in pink gold were added to the Lange 1 family and due to the low demand for the versions with solid case back, these references were discontinued. In 2000 the first Lange 1 with a complication was released. The Lange 1 Tourbillon was limited to 400 pieces, 150 in platinum and 250 in pink gold. In 2002, Lange presented the next model with a complication, the Lange 1 moon phase, available in yellow gold reference 109.021, pink gold reference 109.032 and platinum reference 109.025. The movement of the Lange 1 moonphase, the caliber 901.5, consists of 398 parts and thus has 33 parts more than the caliber 901.0 of the Lange 1.The accuracy of the moon phase display is extremely precise. The deviation is only 1 day in 122 years, provided the watch is worn continuously. This watch, here offered for sale, the Lange 1 moon phase reference 109.025 in platinum remains in an excellent condition, furthermore the watch is accompained by its warranty, manual, correction pen and box with outer packaging.

rhodie with
with applied markers
and roman numerals
plus luminous index

crocodile with
Lange buckle in
950 platinum