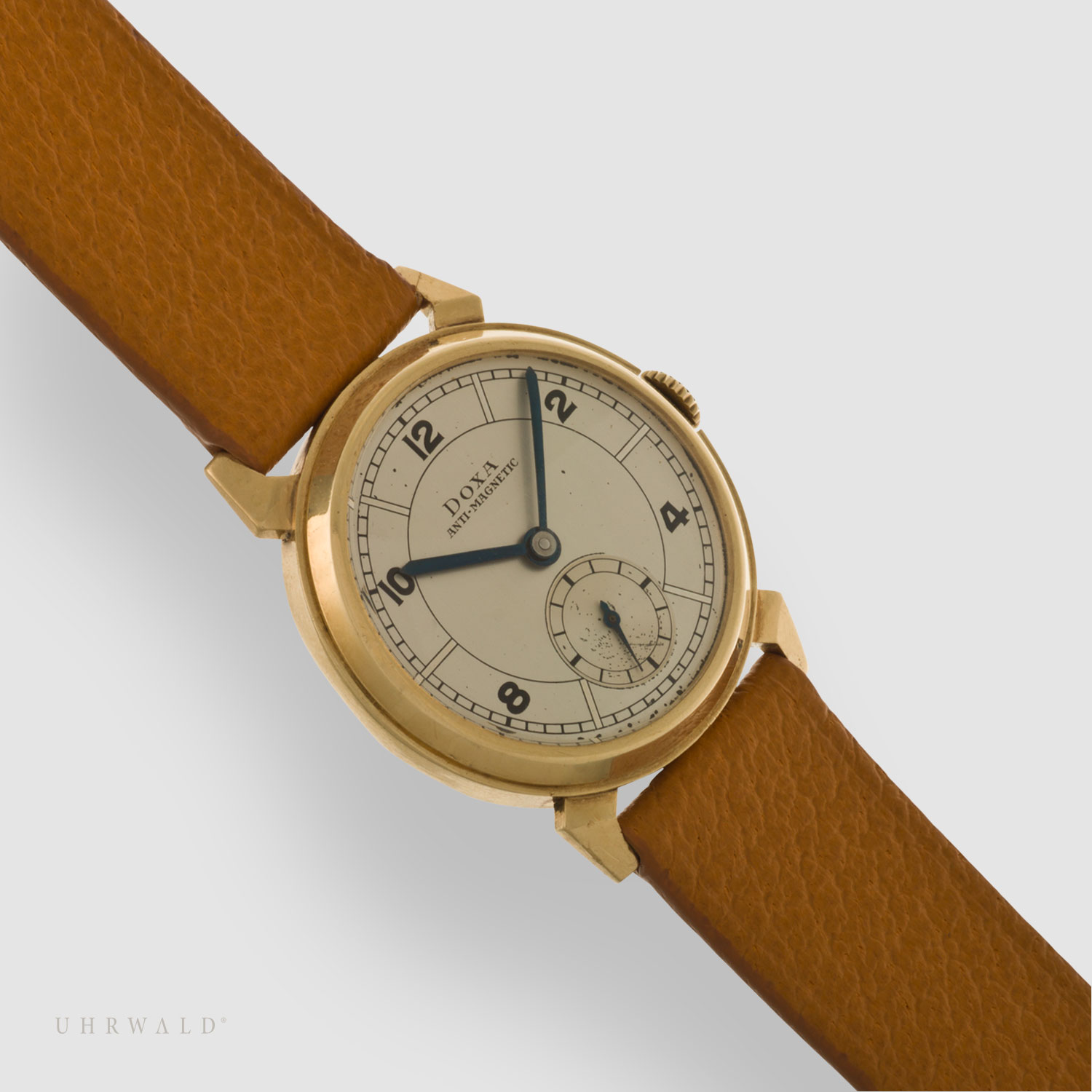 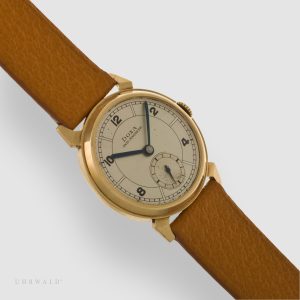 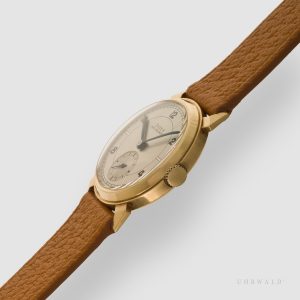 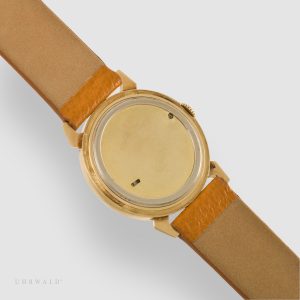 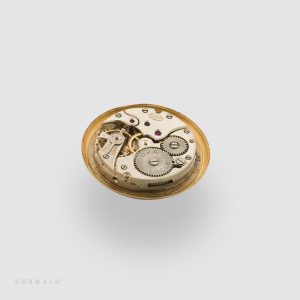 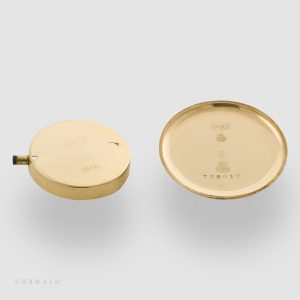 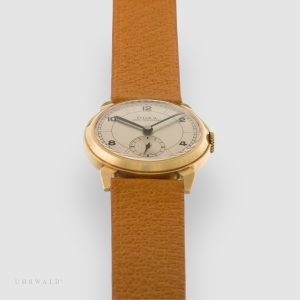 Story
Doxa was founded by Georges Ducommun in Le Locle in 1889. At the beginning the company predominantly produced pocket watches, mainly for the Eastern European Market. On September 17th 1907, the company with the Swiss patent number 33236 received the patent for a watch with an eight-day movement. This movement was also used in automobiles, including Bugatti. After the death of Georges Ducommun in 1936, his son-in-law Jacques Nardin, son of the famous watchmaker Paul David Nardin, took over the company. Under the leadership of Jacques Nardin, the focus of the company was on the manufacture of wristwatches with movements from Ebauche S.A.. This watch with sector dial, here offered for sale, is most likely from this time and remains in very good condition. Dial and case show some imperfections, but the watch has an attractive appearance with its blued sword hands. Furthermore after afresh maintenance this timepiece keeps excellent time.
Details