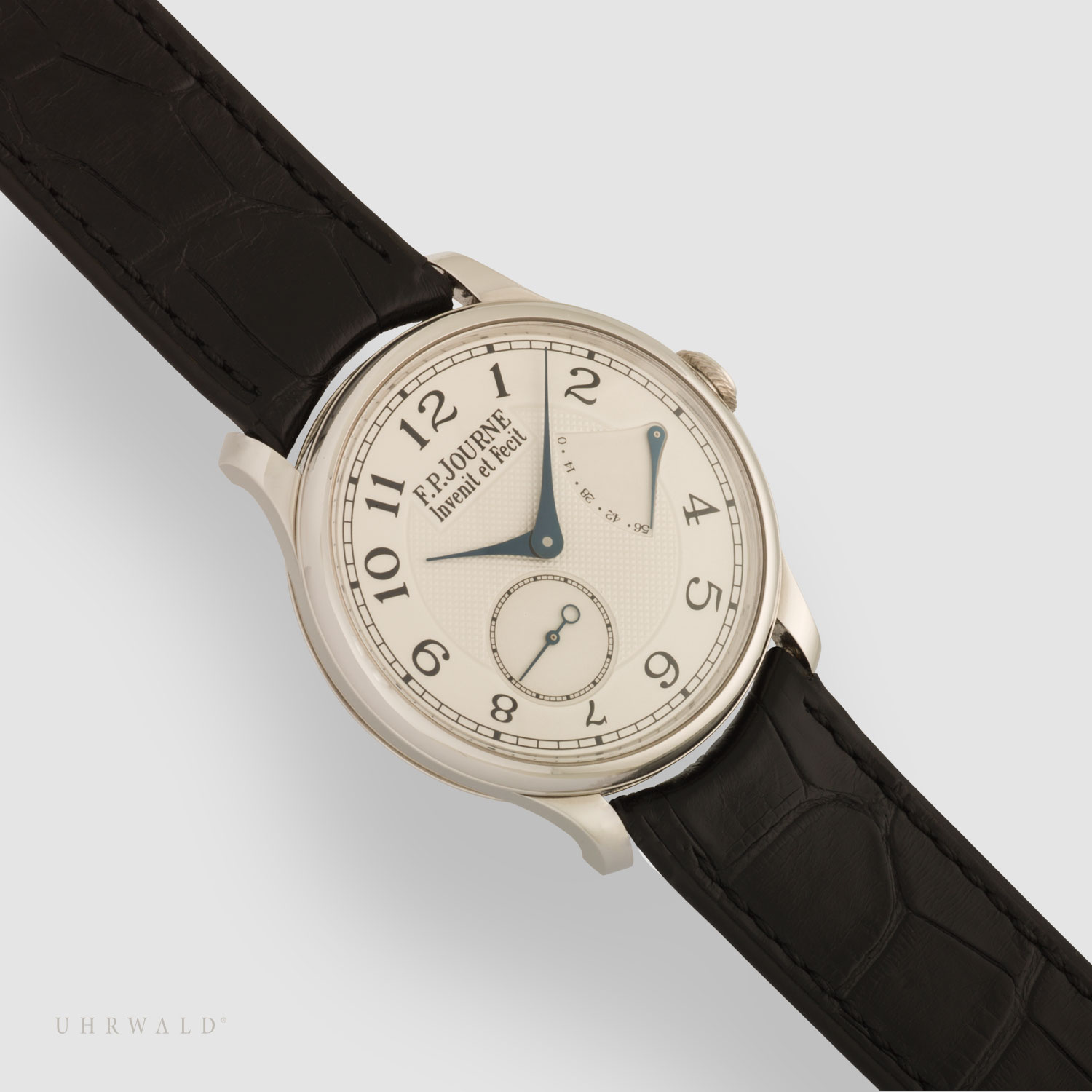 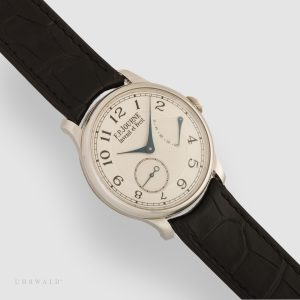 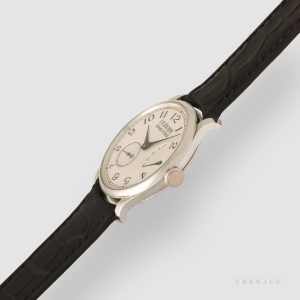 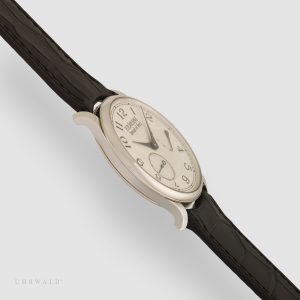 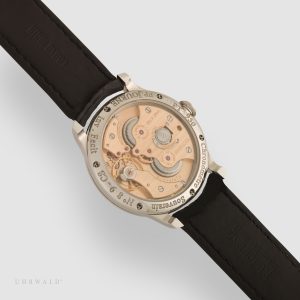 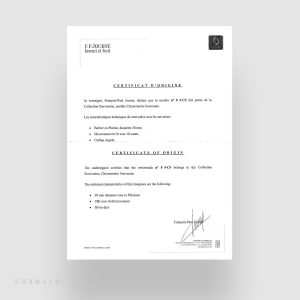 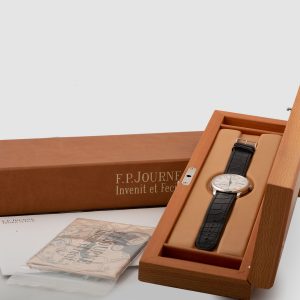 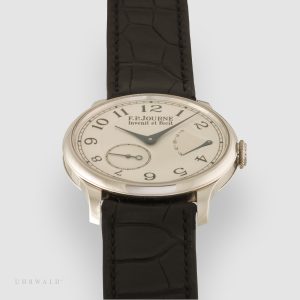 Story
Introduced in 2005 the Chronometre Souverain was inspired by marine chronometers of the 19th century. Initially offered with a 40 millimeter case, a little bit later this model was also available with a 38 millimeter case, which is discontinued now. An interesting aspect of this watch is the position of the power reserve. It is said , that Journe wanted to put the power reserve in context with the crown and the winding of the watch, therefore he placed her at 3 o'clock, an extraordinary place. The way it works is also extraordinary. When the watch is wound, the hand of the power reserve moves from 56 to 0. The idea behind it, is not to show how many hours of power are left, the opposite should be shown, how many hours of power have already been used since the watch was wound. The next aspect is the movement. The look of the caliber 1304 with its two barrels and the impressive balance is the pure beauty, made entirely of 18K rose gold and can be admired through the sapphire case back. The silver guilloche dial with its printed arabic numerals, the outer track, the off center subsidiary seconds and the blued signature F.P. Journe style hands has a very good readability. In our opinion the Chronometre Souverain with its discontinued 38 millimeter case in platinum is one of the most beautiful time only watches on the market. The example, here offered for sale, is in excellent condition and accompained by the certificate of origin and wodden box with outer packaging.
Details