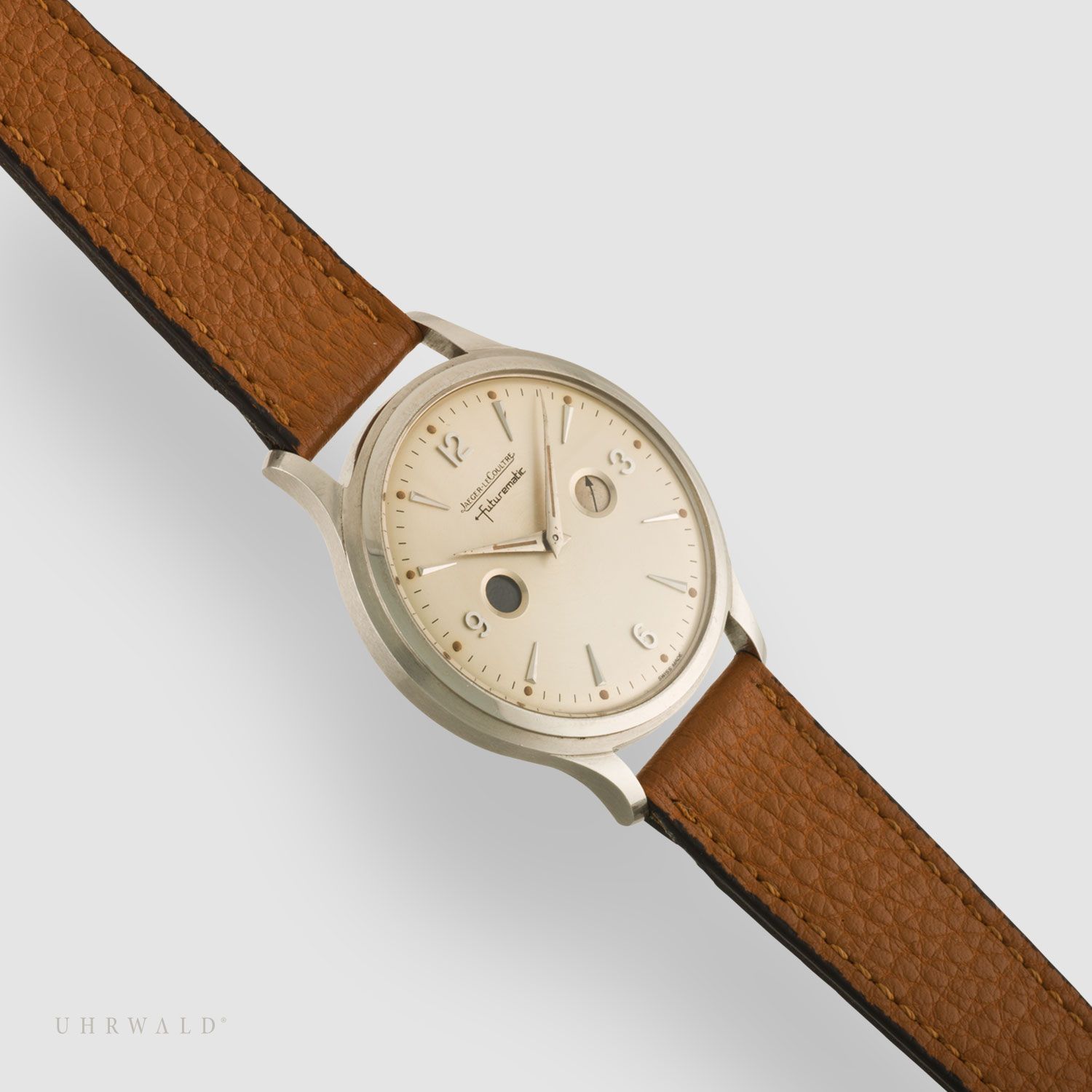 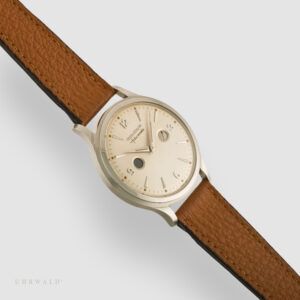 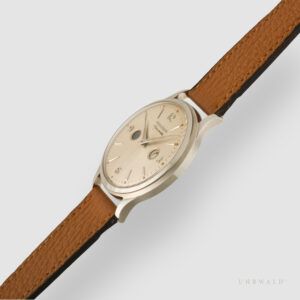 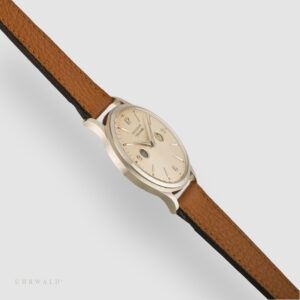 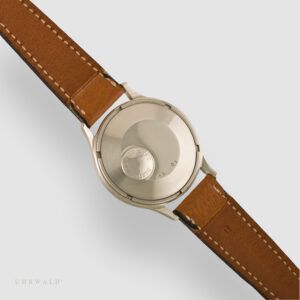 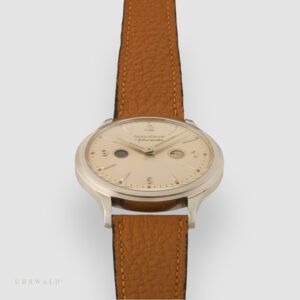 Story
In 1951 Jaeger – LeCoultre introduced the Futurematic reference E501. Showing an unique feature at that time, these watches did not have a visible crown. Mounted on the back side of the case, only setting time was possible with it. Reference 501 was fitted with the automatic calibers 497, 497/1 or 827. All these calibers featured two hack mechanisms, one for the sub second when sliding the crown for setting the time and one stopping the automatic once the movement was fully wound. As already mentioned above, just setting time was possible with the crown and not winding. But the latter was not necessary, because these movements always kept enough power reserve, so that they would start running again immediately, once energy was released to the movement. During 1956 Jaeger – LeCoultre introduced the successor of reference E501. The reference E502. Fitted now with calibers 817 and 837 an evolution of the calibers 497, 497/1 and 827. Due to its characteristic design of the dial, reference E502 is nicknamed the Porthole. The layout was exceptional and totally different to the predecessor reference E501, showing the permanent seconds and power reserve through sub dials with hands. The dial of reference E502 shows two windows, one is located next to 3 o'clock and the other next to 9 o'clock. The window next to 3 o'clock, beneath it is a disc with a little arrow on it, shows the permanent seconds. The window next to 9 o'clock features the power reserve indicator through a sliding disc, changing colors either from blue or red and once the watch was fully wound to silver. The large majority of the Futurematic was produced as reference E501 and the scarce minority as reference E502. Therefore it is not suprising that reference E502 appears very rarely on the market. The watch offered here for sale is one of these Futurematic reference E502 and shows itself in an excellent condition.
Details

silver with applied arabic numerals
at 3, 6, 9 and 12
and indices